The extension will show Steam app details with mouse hover on a Steam link.  Below is a screenshot as an example. 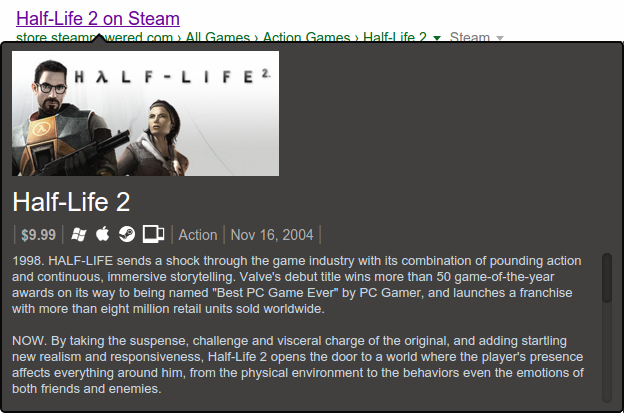 I developed the extension initially as a way to more quickly browse /r/gamedeals.  For future plans I intend to look into indicating if the user already owns a game as well.

More details about the extension as well as a button to add to Chrome may be found on the extension’s GitHub page: